Reporting in a constantly changing environment: How BearingPoint can help you anticipate the consequences of the new Money Market reporting requirements.

ABACUS/Transactions is BearingPoint’s software solution for transaction-based regulatory reporting, generating reports in accordance with EMIR since 2013. In line with market developments, BearingPoint has just released a new version of its reporting tool that covers Money Market Statistical Reporting.

The Bank of England has issued further reporting instructions for the “Sterling Money Market” (SMM) data collection, the Sterling equivalent to the ECB’s Money Market Statistical Reporting (MMSR).
Taking into consideration the consultation feedback received from 32 different institutions, the Bank of England has adjusted several characteristics of the new reporting framework. The main changes involve a new reporting schedule as well as an alignment of the required reporting data to those data fields required by MMSR, which have already been implemented into ABACUS/Transactions, BearingPoint solution for transaction based reporting.

Initial plans to start the SMM reporting at the same time as MMSR reporting (April 2016) have been dismissed to give the Monetary Financial Institutions (MFIs) sufficient time to adapt to the new reporting environment. According to the new schedule, the majority of firms will only be required to daily submit their data from the beginning of July 2016 onwards. Some firms however have already been notified by the Bank of England that they will be required to transmit their data from February 1st, 2016, onwards (so called “early adopters”).

To reduce the effort of reporting the data and to simplify the processes connected to the introduction of a new regulation, the Bank will use the ISO 20022 methodology for the submission of the reports. The same methodology is already being used by the European and National Central Banks for the collection of MMSR reports. However, the usage of the same methodology is not the only adjustment that reflects the harmonisation of those two reporting frameworks. A comparison of the data fields that need to be reported reveals great similarity: within the secured and unsecured transactions market segments, the reporting requirements for MMSR and SMM are, to a large extent, identical. To fulfil SMM, MFIs will have to report all data fields required by the ECB’s MMSR for secured and unsecured transactions. In addition, the Bank of England asks for three further data fields (branch identifier, proprietary counterparty name and brokered deal), which will need to be submitted for each of the two segments.

ABACUS/Transactions will soon not only cover Money Market Statistical Reporting. From August 2016 on, the software will also allow its clients to fulfill the new reporting requirements imposed by MiFID II/ MiFIR. BearingPoint is also planning on implementing the SFTR reporting, the schedule for this depending on further reporting instructions. 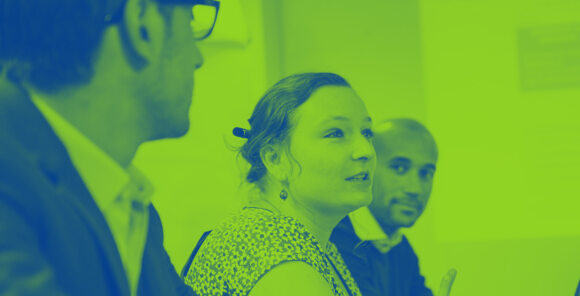 Expertise and innovation to make finance and risk departments smarter