Contrary to the dot-com era, today’s rapid growth in digitalization is creating radical disruption and permanent changes in the competitive landscape of almost all industries. Digitalization accelerates the globalization trend with the ubiquitous presence of smartphones and broadband infrastructure, cloud-based systems and an unlimited supply of inexpensive data processing and storage capacity. The speed at which the competitive landscape is changing is dramatic. It has taken Zalando, a German e-retailer start-up, four years to reach the same turnover that IKEA achieved in 30 years. The media sector has changed dramatically in just three or four years, and industrial companies are transforming from traditional manufacturers to big data aggregators in the same time span. New business models are emerging as viable alternatives to the traditional organic and M&A-driven growth models. The creation of platform-based digital ecosystems has proven to be a powerful model through which companies drive growth, by taking a proactive role in building up and administrating network economies. In light of the dynamic environment to which most companies must relate, we find it imperative to assess how Nordic and, in particular, Norwegian companies apply digital technologies to improve their businesses.

In this Digital leader study, we examine prominent companies within several industries to determine their level of digital maturity. While this study has previously been conducted in Finland and Sweden, this is the first time Norwegian companies have been included. The study is an outside-in observation of the identified companies. The intention is to simulate the digital customer journey in order to evaluate the way in which companies apply digital tools and technologies to serve their customers.

From the study, it is apparent that the overall digital maturity of Norwegian companies is below that of their counterparts in Sweden and Finland. We can only speculate on the underlying reasons for this. Contributing factors may be complex and expensive distribution, less competition in general, especially from international e-commerce players, as well as regulatory and tax issues.

Nearly ten percent of the analyzed companies failed in the overall assessment and no company had an overall score equal to or above a good level. Norwegian companies are generally poor at e-commerce, while they perform relatively better at creating a good customer experience online. However, the Swedes and Finns also have a leading edge here. Size or financial strength does not seem to be a determining factor regarding the companies’ digital maturity, as many smaller companies perform surprisingly well.

Norwegian companies cannot expect to be sheltered against the global trend of digitalization. In the digital world, the only sustainable competitive advantage is strategic agility. Norwegian companies in all industries must therefore be prepared to change, adjust and transform to meet competition from global front-runners, as well as from tremendously ambitious start-ups fueled by revolutionary technology, unparalleled human capital and close to unlimited venture capital funding.

Digitalization should not be trivialized as a temporary fad, which at some point will fade away. The future winners will be the companies that apply digital capabilities to create new and innovative opportunities. It is therefore important to understand that digitalization is not a one-off project, but an ongoing journey. In order to succeed, companies should take a proactive stance in changing their organization, allow for boldness, creativity and innovation, and instigate a culture of experimentation and speed.

This study will hopefully stimulate Norwegian companies to further address the issues of digitalization, strategically assess the threats and opportunities derived from those issues, and set the priorities to embark on a journey of change. 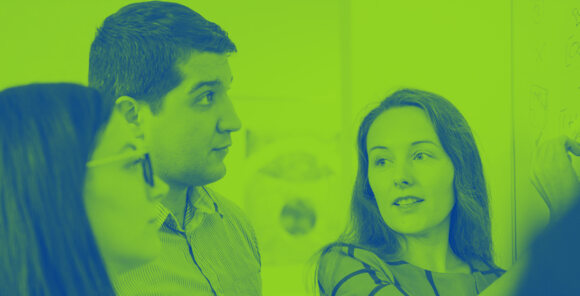