Storing energy remains the missing puzzle piece for many renewable energy resources, like solar and wind power.  Without a way to save electricity for later use, when the sun goes down or the wind stops blowing,  intermittent renewable energy will struggle to close price and performance differences with traditional generation sources such as coal and petroleum.   Stored energy is a relatively new technology and while expensive, it has distinct advantages. It can respond to increased power demands faster than a turbine can spool up, and it can also save excess power and then deploy it when needed during peak events and off hours when DER systems are not generating at all.

Today there is basically one way to economically store electrical power at scale, Pump Storage Plants (PSP).  You have two reservoirs, one at low elevation and the other at a higher elevation.  The water is pumped uphill to the higher elevation reservoir during off peak periods.  When there is higher demand, water is released back into the lower reservoir through a penstock and turbine, generating electricity.  While fairly efficient, as it gets back about 70% of the energy you put in, the number of places where this technique can be deployed is limited by geography.  I saw this first hand while working on a project for PG&E and visiting the Helms PSP, outside of Fresno CA, up in the Sierra Nevada Mountains.  I was in complete awe of the engineering feat and the process to commission the site.

Let’s review some basics of battery storage…  Storage companies need to make systems that can operate in harsh environments — freezing temperatures, extreme heat, flash flooding — that are reliable and can operate flawlessly for long periods of time. They have to be cheap yet the science is incredibly complex.  Moore’s Law does not apply to the Periodic Table of Elements. J.B. Staubel, one of the founders of Tesla, has noted that battery performance doubles approximately every ten years and performance gains come at an unsteady fashion.  This isn’t the semi-conductor industry that has seen product size and cost shrink unbelievably fast; batteries take five times longer to reach a major milestone.

Let’s enter Tesla into the conversation….  First they introduced their flashy electric two seater sports car, the roadster; while popular, it was pricey.  Years later came the Model S, which is now a status icon and just a few weeks back scored a perfect 100 by Consumer Reports.  By the way, it was the best-reviewed car in Consumer Reports history.  The Company is gearing up for its next act in 2016, the Model X, an SUV with gullwing doors. So why is any of this relevant?  Elon Musk sees Tesla as much more than a car company, but as an “energy innovation company”.  And while some may criticize him for being spread thin in too many different industries (Space, Energy, Transportation), when Musk speaks, I tend to listen.  His ultimate goal with ALL of his companies is to colonize Mars one day….. Good stretch goal. 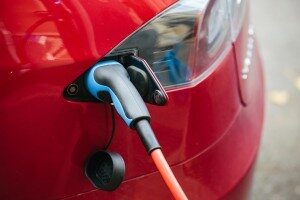 Tesla unveiled a few new products that weren’t tethered directly to the car, the cost-cutting Powerwall and Powerpack battery systems, designed to “move the electricity grid off of fossil fuels and towards renewable energy sources.”  Deploying DER and energy storage on the grid in this manner is referred to as the “Grid Edge” or “Behind the Meter”.

While critics, including many utility companies, argue that renewables will never become reliable enough or cheap enough to replace coal and natural gas for generating electricity, Musk disagrees.  “Once we’re able to rely on renewable energy sources for our power consumption, the top 50 percent of the dirtiest power generation resources could retire early,” he said at the unveiling. “We would have a cleaner, smaller, and more resilient energy grid.” He says Tesla’s higher-power, lower-cost lithium ion rechargeable batteries give homes, businesses and utilities the ability to “store sustainable and renewable energy to manage power demand, provide backup power and increase grid resilience.”

Tesla broke ground on the Gigafactory in June 2014 outside Sparks, Nevada, and they expect to begin cell production in 2017. By 2020, the Gigafactory will reach full capacity and produce more lithium ion batteries annually than were produced worldwide in 2013.

For electric utility companies, Tesla’s battery systems provide up to four hours of continuous net discharge power. They offer on-demand distributed power generation, a buffer when power output from a large generation source is ramping up or down, instant power for blackouts or to transition output smoothly, improved power quality, avoidance of infrastructure upgrade costs, peak demand management, and support for self-sufficient micro-grids. Tesla’s partners in developing storage include Southern California Edison and SolarCity (another Musk funded venture), which forecasts that “every SolarCity customer will get a battery backup for their solar systems within five to 10 years.”

Bottom-line benefits for utilities include reducing or eliminating the need to purchase high-cost power during peak demand periods. At utility scale, when Southern California Edison installed a battery in Orange, California, grid reliability improved and infrastructure investments were postponed.  Energy storage can help smooth the peaks and troughs of renewable energy sources and also be used as a safe outage management resource and micro-grid islanding tool to support reliability and minimize customer outage times.   The “Utility Death Spiral” argument doesn’t hold up when both consumers and the utilities can benefit from small and mass scale energy storage.  In fact, many utilities are investing and betting on energy storage companies as they move to the utility of the future.

Whether it’s a Tesla Powerwall battery mounted in your basement or large-scale batteries storing electricity generated from solar panels in downtown New York City, batteries appear to be the missing link in a complex formula of technology, software and clean power resources.  In the future, as technology advancements are made, battery storage will become an integral part of how society uses electricity on demand in years to come.  Stay tuned, things are getting interesting.