BearingPoint as the partner of the ESCP “Retailing 4.0" Chair is committed to contributing to building bridges between the academic world and companies. As part of this engagement, the BearingPoint Retail, Luxury and CPG team mentored the writing of a series of articles of ESCP MSc students and shared insights on major retail stakes. Enjoy your reading !

Technologies to go beyond the locavore’s dilemma.

Food traceability has been increasingly mentioned in the news in recent years owing to multiple scandals involving international food supply chains. These events have affected food supply chains worldwide both from the retailer’s perspective and the consumers. The progressive erosion of trust within these chains has led to an increase in the demand for traceability and testing (Dani, 2015).

As a result of the disruption of the trust in large scale distributors, a new trend started emerging at the end of the 80s: Locavorism.

With a conceptual analysis, Locavores’ beliefs about local foods can be readily translated into material social forms (e.g., farmers’ markets, community-supported agriculture [CSA] programs) and meaningful actions (e.g., purchases, food choices) (Reich et al. 2018). The growing spread of this ideology has strongly affected the retailing systems becoming an actual trend. Despite the points of strength that this ideology presents, it is clear how the development of the locavorism model on a global scale involves also many conflicting practical consequences. As defined by David Feder, these ideologies embed the “locavore’s dilemma”. In fact, as the world population continues to grow, there is increased pressure on the food system to double food production by 2050 (UN General Assembly, 2009). To add to the skyrocketing population challenges there are some nutritional needs that cannot actually be fulfilled by a locavore diet only. For food and beverage makers, supporting nearby suppliers is admirable, but they cannot—and should not—be expected to feed the world with healthy and tasty food solely from their home state (Feder, 2012). On one hand, it appears to be clearer how the locavorism trend has its own physical limitations. On the other hand, the support for local communities through “edible means" can effectively represent a path of survival for many rural areas of the world.

The solution to the dilemma? Cutting-edge tech is leading the way

What appears to be an unsolvable dilemma can be untangled through a new vision of the entire food supply chain: as a global interdependent network of actors who can lead the fortune of each other’s businesses.

In fact, some new technologies can help create the network of trust needed by retailers and desired by consumers. Traceability, apart from being a necessary requirement to guarantee food safety, can also be intended as a trust-building tool between producers and consumers, as well as a means to reinforce communities’ valorization through food products.

In order to overcome issues such as the lack of trust and the information gap usually generated by commodity based and FMCG markets, a surprisingly useful tool comes from the cryptocurrency world: the so called blockchain.

A blockchain is a growing list of records, called blocks, that are linked using cryptography. Each block contains a cryptographic hash of the previous block, a timestamp and transaction data. By design, a blockchain is resistant to modification of the data. It is "an open, distributed ledger that can record transactions between two parties efficiently and in a verifiable and permanent way" (Iansiti et al., 2017). Even though it may seem very useful to apply this technology into the food retail sector, only a restricted number of companies are actually developing this technology as part of their strategy. For example, the French retailing company Groupe Casino has partnered up with Tilkal to deploy blockchain on several products (chicken, honey, egg...). Tilkal implements its blockchain solution at each level of the supply chain to organize the sharing of information. Each link of the chain owns a network nod, is identified and can share information (through simple Excel forms or by being directly interfaced with the blockchain system). Each participant can see its own information and the information the others have shared depending on their permission level. The detailed functioning of the technology is explained below.

Another technology that could help overcoming the aforementioned issues could be Artificial Intelligence. Using Image Recognition and Data Science, it is possible to extract catalog data, analyze it with user behavior and help marketing, product and cataloging teams extract actionable insights that improve customer experiences, drive conversions and reduce costs. AI can also help with the digital mapping of products’ DNA to create one-of-a-kind experiences for customers and translate product information into the language that teams of operators can understand and make business decisions with. Many retailers are, in fact, nowadays adopting new strategies that involve the application of AI to provide additional important information to the end customer and to enhance their shopping experience. 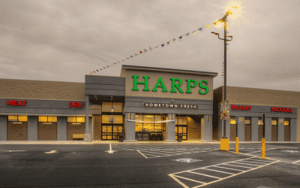 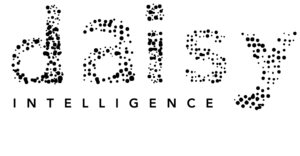 For example, Harps Foods in Springdale, Ark., has been working with Daisy Intelligence, an AI company in Concord, Ontario to improve pricing and promotions in its circular. Daisy initially analyzed two years of transactional information and pricing from Harps, with the goal of growing the retailer’s sales by 3% (Baltazar, 2017). Daisy’s ability consists of providing Harps Foods with the associated sales of every item within individual transactions and in helping with the promotion of items most pertinent to their customers (Ganoung, Harps’s marketing VP). Daisy system delivers the final decision to the retailer based on three fundamental questions which are: Which products should I promote? What prices should I charge? What inventory should I have in-store?

Apart from the mentioned tools, there are many more innovations that are now being developed to ensure the traceability and the sustainability of food products. Therefore, it seems relevant to mention tools for in-route food tracking such as the Radio-frequency identification (RFID). 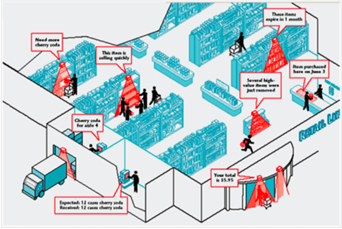 These RFIDs are tags that allow to track products within the logistic systems. For example, Wal-Mart stores Inc. was the 1st major company to push for RFID implementation in each step of its supply chain. At Walmart’s each RFID tag stores an Electronic Product Code (EPC) that it’s used to track products as they enter Wal-Mart’s distribution centers and then in turn are shipped to individual stores. Wal-Mart now requires its top 300 suppliers to place RFID tags on all its pallets and cases of products (Jones et al., 2005). Apart from its usage in commerce, RFID tags are widespread in the breeding sector to identify animals and to guarantee food safety on the upstream side of the supply chain.

Even if these tags may result in a useful tool for retailers, the required investments to create a RFID system of identification is still a barrier for the majority of retailers. A similar technology that is now being developed for luxury products or beverages is Near-field communication (NFC) that is a set of communication protocols that can connect two electronic devices over a distance of 4 cm (1​1⁄2 in) or less (Faulkner, 2015). NFC offers a low-speed connection with simple setup that can be used to bootstrap more-capable wireless connections (NFC Forum, 2013). 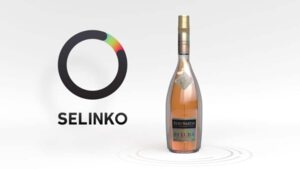 Nevertheless, there are some environmental issues linked to these technologies. In particular some concerns arose on the fact that every time a customer purchases a product with an RFID or an NFC it is bringing home a piece of valuable technology that at the end of the day it’s going to be thrown away.

At this point it’s quite clear that as the global movement and exchange of foods cannot —and shouldn’t— be stopped, there is a growing need (and will) to rethink food chains as worldwide global communities of actors to be valorized independently from their geographical location as part of a global food system that can eradicate hunger through fair managerial practices.

A joint perspective - IoT in Retail: state of play and perspectives (3/3)

A joint perspective - IoT in Retail: state of play and perspectives (2/3)

A joint perspective - IoT in Retail: state of play and perspectives (1/3)