After the M&A activity slowdown of the early 2000s, the market is experiencing a new surge of mergers and acquisitions. It is largely known that in the past, two-thirds of M&A transactions have destroyed value, often resulting in abject failure. In this context, the key question today is: Will the new wave of M&A create more value than the previous one?

Lessons from the past

We have tried to identify the reasons driving value creation and value destruction in M&A deals by analyzing 2,500 M&A transactions that took place over the past 10 years in Europe. Four lessons jump out of this study and from our experience.

In this respect, it is interesting to mention the existence of some country specificities regarding the average transaction size. Although M&A operations are much more numerous in the UK than in other European countries, France is the place where large-scale operations occurred most frequently. Between 2000 and 2005, the average value of transactions was $1.2bn in France compared to $1bn in Germany and $500m in the UK.

Second, an acquirers’ previous M&A experience has an influence on value creation. Our study indicates that frequent buyers (involved in one or two acquisitions a year) are more likely to create value. On the other hand, a company which carried out less than one M&A transaction over the past 10 years will risk destroying value.

As a matter of fact, previous experience will allow a company to better evaluate potential synergies with its target. A more realistic approach on future synergies will be translated into appropriate pricing. Previous experience also implies greater capitalisation of knowledge about the integration process (tested integration methods in the pre- and post-acquisition phases) and nurtures a more open, less self-absorbed company culture.

Third, a merger or acquisition can act as a catalyst in uncovering significant savings which were previously concealed. These unforeseen savings could theoretically have been identified regardless of the M&A operation. We have found that only half of the synergies publicised in the past were indeed true synergies, implying that the integration of these companies had actually produced a greater result than simply adding these entities together. The other half consisted of savings that could have been made without the M&A operation.

Finally, value creation depends on how the merger preparation and post-merger integration process is managed. In fact, although the market is positive about value creation after five days in 54 percent of deals, the average rate of value creation decreases to reach only 40 percent one year after the announcement, reflecting, among other issues, integration failure or insufficient realisation of planned synergies. 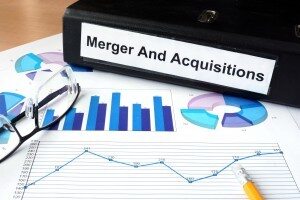 The key to efficient management of the M&A process is the optimum use of ‘traditional’ best practices: evaluation of the target’s strategic interest and of the potential synergies, retention of key people, preparation of an integration plan, massive use of internal and external communication and, obviously, speed of integration. In fact, it is imperative to keep the ongoing business under control during the integration period, as there may be one, two or even three years between the date of closing and the completion of the merger. While some teams are working on the establishment of the new group, other (different) teams must remain focused on sales and customers: this requires transitory management systems.

Some companies now go beyond those practices, improving their chances to create value. What are these advanced approaches to merger?

During the integration phase, devoted teams of dedicated line people follow up on the realisation of synergies and ensure their fast and full-scope implementation.

Efficient management of the antitrust notification process. The ongoing consolidation process in many industries leads to an increasing number of large scale cross-border mergers. For these kinds of operations, winning the approval of antitrust regulatory bodies has become a critical issue. The companies’ M&A capabilities will also depend on their ability to articulate structured and professional approaches to address antitrust issues; e.g., analyse their need to notify, define their notification strategy, prepare their associated dossier and draw up contingency plans in case the operation fails (such as Schneider/Legrand, GE/Honeywell). Such an approach will help anticipate as much as possible how negotiations with authorities will evolve to better control the approval process and its impact on the operation.

Preserving the value of human capital. The staff’s motivation is indeed the most critical component in a merger’s success. Maintaining staff’s dynamism will ensure continuity in the company’s management at a transitional time when the new group can be unstable operationally. Boosting motivation will require appointing the top-management very fast, within a few days, before or after the closing. In this matter, again speed prevails over perfection. Our survey shows that in 60 percent of cases, key managers are actually appointed within 30 days before or after the closing.

Adoption of standardised acquisition and integration processes. Some frequent acquirers have developed an extremely formalised process, a sort of ‘acquisition and integration machine’. Based on their previous acquisition experience, these companies have defined and adopted a standardised M&A process helping to address all operation’ phases in a coherent and coordinated way. Also, they define tools, methods, checklists and a team to mobilise in case of a forthcoming M&A transaction.

Unleash the power of predictive marketing