As Africa faces dramatic demographic development, we ask how technological advances can trigger a digital revolution through the growth of smart cities 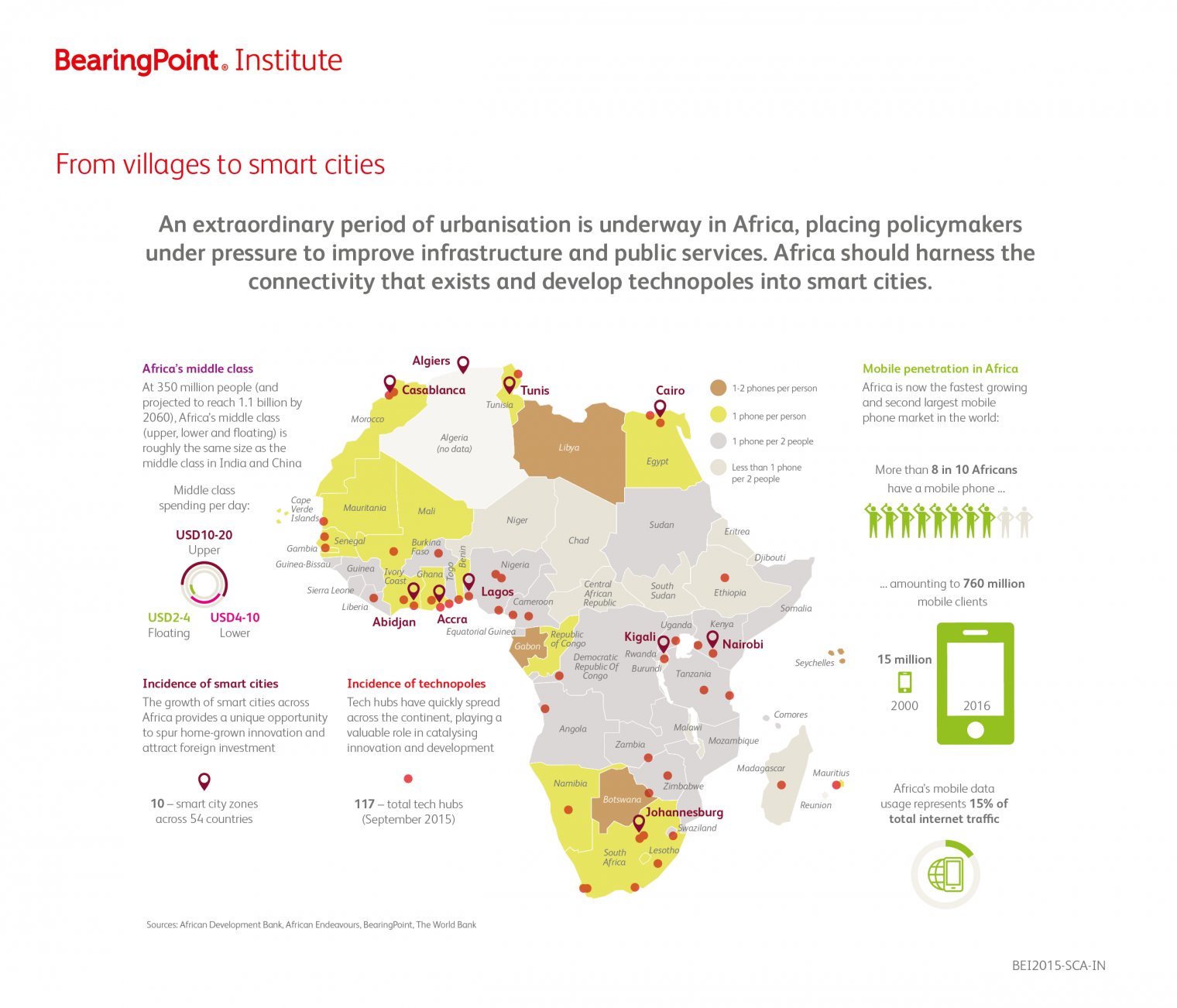 For several years, an increasing number of people have been living in cities. The “urban tipping point” was reached in 2008, with more than half of the world’s population urban since then. On that matter, Africa played a significant role with an urbanization rate of 40% (2010) which is expected to grow to 60% by 2050 with a population of 2.4 billion people.

In that context, fast-growing African cities represent both a big challenge and incredible opportunities. They represent a big challenge because of the massive amount of people currently reaching cities and ending up in slums rather than wealthier city centres. However, they also offer incredible opportunities since very few infrastructures have been developed so far, which means that most of them can still be built from scratch and fit at best peoples’ actual needs.

We believe that technology is key to the development of current and future African cities, whether it be for the most basic facilities (e.g. water, electricity, sewage systems) or for transportation, universities etc. Developing such networks will elevate living standards while fostering the continent’s economy.

In some countries, technology parks – also called technopoles – have already developed: gathering manufacturing and service companies, these hubs aim at fostering creativity and innovation in the digital field, and inevitably attract employment. However, technopoles only represent a first step towards smart cities. African cities must succeed in creating digital ecosystems capitalizing on existing infrastructures in order to address the issues faced by its inhabitants.

Want to know more on why these smart cities represent the future of African cities? Want to know which steps to consider before launching a smart city project in Africa?

Please follow the link here for an extensive version of our paper.