This article will focus on European smart cities, and how these examples are unique and different from other smart cities around the world. These cities differ from other smart cities around the world because of the stage of development in Europe and the constraint of implementing initiatives within existing cities. From 8 examples of top-ranked smart cities, this article will define the scope of study to understand the context in which smart initiatives are taking place and emphasize best practices through a benchmark based on various key performance indicators (KPI). 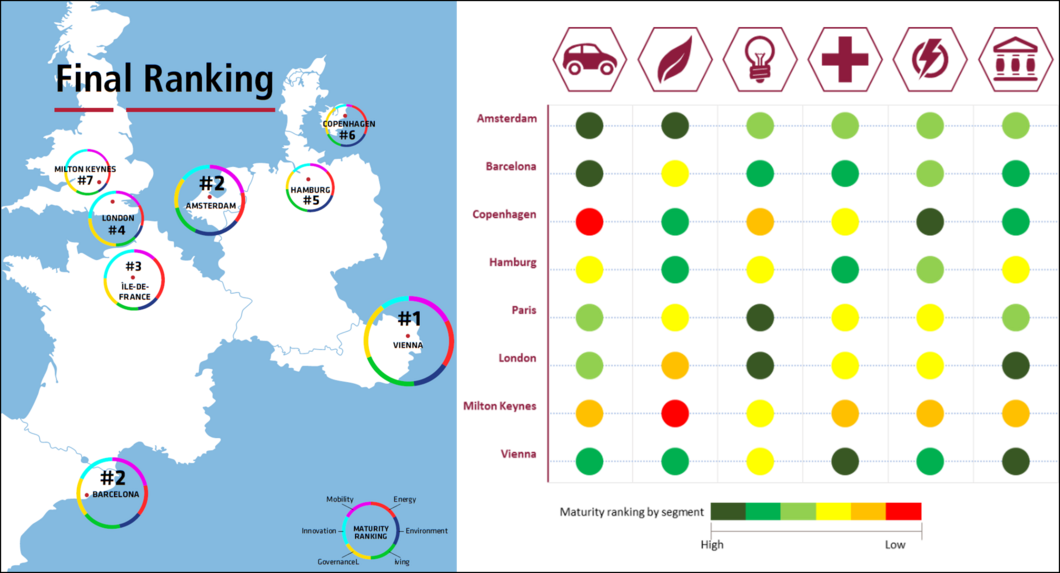 European smart cities differ from others on three main topics

As smart cities are spreading across the world, European smart cities have specificities both in terms of strengths and challenges to face.

The scope of the study has been narrowed to 8 European cities on the following basis:

Furthermore, there are data limitations. Some cities have more centralized and transparent smart city operations than others; not all necessary information for the 8 cities is publicly available. However, this has been incorporated into the maturity analysis and those cities with a more open and transparent online data presence have been rewarded.

Key performance indicators can be selected to assess and benchmark cities: