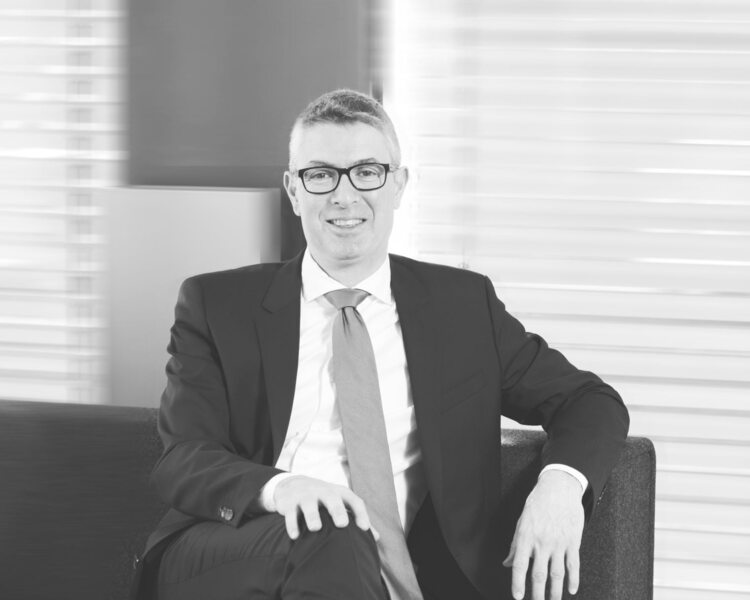 Robert Diab is product manager for connected car, autonomous drive and vehicle electronics or data driven products and services. He started his career in an operating oil and gas producing unit of ExxonMobil. He then entered automotive, staying with BMW Group for 16 years. Robert has held various managerial functions in vehicle development, production, IT, corporate strategy, and procurement with responsibilities for all BMW Group vehicle brands (BMW, BMW motorcycle, MINI, and Rolls- Royce Motor Cars). His regional focus is China with over 8 years experience. He is also lecturer for business administration at Munich University and founder of the connected vehicle lab at Munich Business School. Robert holds master degrees in Petroleum Engineering from Heriot-Watt University Edinburgh, in Mechanical Engineering from Technical University Berlin and in Business Administration from Tongji University Shanghai.

From the emergence of new mobility solutions to advances in connectivity, the auto industry is facing multiple disruptive forces. In this exclusive interview, Robert Diab, Product Manager, Digital Experience, Rolls-Royce Motor Cars Ltd., explains why OEMs must step up their focus on technology innovation, explore new business models, and work more closely with start-ups and developers.

The OEMs are interested in innovation of course, but only in the technology associated with the car – not with business model disruption

Do you see the OEM as the focal point for the kind of disruptive innovation we are beginning to see in the sector?

Robert Diab: Disruption is not necessarily the responsibility of the automaker. Uber is an excellent example – it is considered a disruptor, but I don’t think that the car companies are selling fewer cars because of Uber. Moreover, it is totally agnostic to the car. My experience of Uber is that the drivers never use the car’s embedded navigation system; they prefer a separate device and they use Google Maps embedded in their Uber app. In terms of digital, the OEM has in effect been totally bypassed.

Are you saying that disruption is going to come from elsewhere?

Robert Diab: That is my feeling. The OEMs are interested in innovation of course, but only in the technology associated with the car – not with business model disruption. Similarly, the first-tier suppliers still want to maintain their position in the value chain and remain as technology providers to the car industry, but business model disruption is something else. That said, automakers have quite mixed messaging in terms of future mobility offers. Look at car sharing, for example. BMW, Mercedes and Ford all have solutions – some argue that we could even end up with a car-sharing operation involving cars from different brands.

Is there a danger that OEMs find themselves muscled out – how do they make sure they have a share in innovation?

Robert Diab: What we see at the point of sale is that most people are still buying a car because of its mechanical capability. There is a tendency to overestimate the sales relevance of connected car technology driven market offers such as usage based insurance, telematics supported service concept, and so on. Or the dealer does not sell it actively enough, which is also an issue (note: see BearingPoint’s related paper on this topic http://inst.be/008DSC).

From the car manufacturers’ perspective, the question now is what other services will have an impact on the customer’s decision to buy. That remains largely unanswered.

One of the core problems we have is the complexity downstream. Take parking, for example, which is organised differently in every city – in San Francisco, say, you might have to pay from 8AM until 10PM, while in Munich it’s from 8AM until 6PM with an extra charge on weekdays. If you could bring that complexity on a global scale into the vehicle, that would add to the OEM’s value proposition. But look at Apple, you do not see parking apps in Carplay. The digitisation of the fragmented automotive sector is not simple.

What about the innovators? How do they work with the OEMs to commercialise their ideas?

Robert Diab: BMW Group and with it Rolls-Royce Motor Cars is already trying to integrate some of the start-ups, but that only works if you have a specific technology that interests the automaker. The other problem is that start-ups understandably want to leverage their technology – when they have something that has value, they want to sell it to everyone. For that reason, start-ups are often better off approaching the first-tier suppliers because then they can sell to everyone.

It might be different with a new type of business model for automotive mobility and services. The start-up would probably be better off with a carmaker, where it can take the technology downstream to dealers, car sharing networks and so on.

THE ROLE OF CONSULTANTS: BRINGING BUSINESS MODEL CHANGE TO LIFE

Consultants are already doing good work in areas such as sales, procurement, people and so on, but my feeling now is that automakers are looking for other types of support. What I haven’t seen, for example, and would be very interested to see, is an analysis of how to move forward with technology and business model innovation.
For consultants, the challenge is to break down these new ideas into the sort of terms that carmakers understand: car sales, car price, cost structure, and so on. We need very specific examples of how innovation might impact us – what we could do with a particular innovation and how that would add to the value proposition of a particular vehicle. In the end, carmakers sell vehicles to customers via dealers, that’s what it is.

What sort of collaborations is Rolls-Royce involved with?

Robert Diab: BMW Group has an incubator in Munich, though it’s not working with brand new start-ups. Rather, these are businesses that have a developed product and they are now looking for certification. That works well but it does require the start-up to commit itself to BMW. The match takes some time.

The idea then is to try to mature the product. You need to agree on the intellectual property, but our approach is generally to look for six months or a year of exclusivity, after which time the start-up is able to sell the product
more widely. That is common in the automotive industry.

That is a good starting point, but it’s just technology innovation. When it comes to business model disruption, we haven’t had that kind of start-up in the incubator. But we do have BMW i Ventures, which is the Group’s corporate venture capital unit, and it does operate in other business models, particularly around mobility. For example, it has investments in ChargePoint, which is a start-up in the United States that is developing an electric car charging infrastructure business.

These concepts are in transition. Both parties need to understand different rules because in some of these investments, there are also other automakers that may have a stake. There is also institutional venture capital, which has its own interest in what different parties want to get out of the start-up.

How do you see that transition developing – are we moving towards some OEMs developing into platform businesses?

Robert Diab: All automakers are already trying out new ideas. For example, Ford Direct in the US is looking at digitisation in the area of sales jointly with dealers, with the history of the vehicle maintained on a platform – it may even include data coming from the car so that it calculates the current value.

That sort of proposition has potential, but it could also create conflict. If you’re developing a car-sharing platform, you’re becoming a direct competitor of car rental companies such as Avis and Hertz, who also happen to be some of your bigger customers.

What about the exploitation of data – where is that headed?

Robert Diab: The first point to make is that the data generated by the car is owned by the customer. The legislation may not be 100 per cent clear yet, but that is certainly where the European Union is heading: when the car produces data, it’s in the ownership of the vehicle owner. That is what you need to understand to be on safe ground.

Everybody says, ‘the dealer’s gone’ because people are buying direct. But the more technology in the car, the more service and repairs will be needed – and that’s the natural competence of the dealer. So the dealer might be the winner.

Now, in some industries, data is currently being used to optimise sales and marketing. Automakers are also trying to use data in that way – for example, to better understand the sales process. We can also use data for product improvement. How does the customer use this button or that button, say, and when there is a choice, which is more popular?

Robert Diab: There will be other use cases. Can we use data for insurance, for example? Can we use data to find out how the customer listens to the radio – do they switch off when there are commercials, or move between channels? Radio stations have a huge interest here, but the idea of selling data to a third party that can monetise it is a concept that is completely outside the automaker’s existing business model.

Where do you think disruption is going to come from next?

Robert Diab: The speed of change makes it very difficult to make predictions. I’ll give you a simple example. When electric cars emerged, people said there would soon be no reason for fuel stations, because people would charge their vehicles at home or work. Over time, however, as batteries have developed and long distance travel has become more practical, you also need a different charging infrastructure – high voltage, powerful superchargers that can charge a big battery in 10 or 20 minutes. So you’re back to fuel stations and their locations on motorways. In which case, what stops Shell from buying these superchargers and installing them throughout their networks? They might not even take money for charging, because the business model will depend on what people buy in the shop while the car is charged.

We might have a similar situation with car dealers. On the one hand, everybody says, ‘the dealer’s gone’ because people are buying direct. But the more technology in the car, the more service and repairs will be needed – and that’s the natural competence of the dealer. So the dealer might be the winner.

Carmakers are going to have to work together with dealers and suppliers to ensure the pipeline system and the existing business model can be maintained. Whether new business models and disruptive technologies can be harnessed and monetised by carmakers remains an open question.

Can you see an end-game emerging?

Robert Diab: It is becoming clear that it will be very difficult for the OEM to be the focal point for all of the change taking place in auto-related mobility. The automaker has the integration capabilities to put all the hardware and software components together to deliver a product that is well-understood by the customer. But the focus of mobility solutions and car sharing, say, is a different question.

Carmakers are going to have to work together with dealers and suppliers to ensure the pipeline system and the existing business model can be maintained. Whether new business models and disruptive technologies can be harnessed and monetised by carmakers remains an open question. Analogies from other industries are not very promising.

We would very much like to thank Robert Diab for his time and valuable insights into an interesting topic for OEMs.