Islamic finance changes the relationship between supplier and customer – is your business ready? 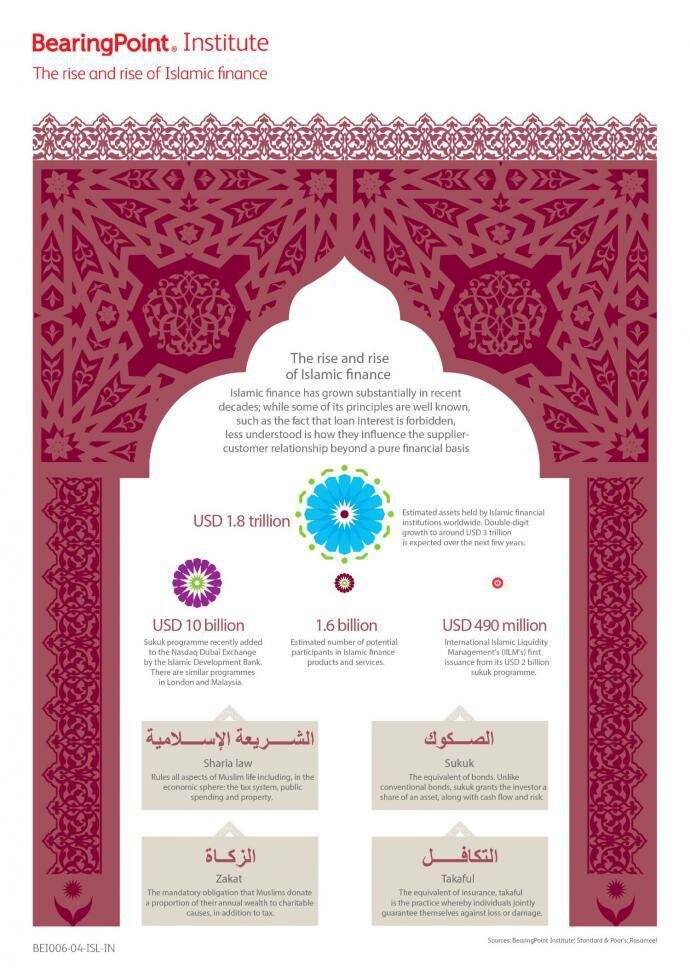 Islamic finance – the delivery of banking services in conformance with the principles of Sharia law – has evolved from a discrete service offered by a small number of banks in Middle and Far Eastern countries in the 1970s, to operating as an influential element of the global financial landscape. Over the past decade, due to shifting geopolitics, the financial downturn and the resulting exposure of poor practice and corruption across the global banking industry, the size of the Islamic finance sector has increased by a factor of five.

At the heart of the Islamic finance model lie a number of principles that operate very differently to Western lending approaches. For example, interest on loans is forbidden; however the idea of shared risk/reward is a core tenet, requiring banks to build a clear understanding of what is being financed. Sharia law also prohibits usury, uncertainty and speculation, requires transparency, and necessitates physical presence for money transfers. The combined result is a spirit of investment and partnership that runs throughout the supplier-customer relationship. Islamic financial institutions therefore qualify as ‘participative’.

Whilst few countries have imposed the Islamic finance model, many encourage its growth as a preferred mode of banking – particularly in orthodox Islamic countries of the Middle East, such as Saudi Arabia and Qatar, as well as Malaysia, where Islamic finance constitutes over 50% of the overall market. This rapid growth, compared to traditional banking models, is in no small part due to Islamic finance’s ability to demonstrate a higher level of ethical credibility. Some of the largest Islamic banks today include Al Rahji Bank and Bank Al Jazira in Saudi Arabia, Kuwait Finance House, Dubai Islamic Bank, Abu Dhabi Islamic Bank and Qatar Islamic Bank (note 1).

Though poorly publicised, an important development area is how Islamic finance is having a positive impact on smaller businesses, particularly those in emerging countries, whilst offering new levers of financing. Such organisations do not have dedicated teams to apply for credit, and the overheads involved in the application process can often be too great. As the Islamic model is founded on partnership, in consequence banks take up more of this strain, easing the process and enabling finance to be more accessible in this otherwise poorly served group.

Given how important smaller businesses are to developing nations, the positive impact on the regional economy is profound. Outside of government financing (which accounts for 62% of the market), sukuk (the Islamic finance equivalent of bonds) have been issued across a broad range of sectors – notably financial services, utilities and transport, but also telecommunications and housing (see Figure 1).

penetration of Islamic finance in the Malaysian market

Sharia law: Islam rules all aspects of Muslim life, including the economic sphere. Muslims find in the Sharia – fundamental law promulgated by the Quran and the teachings of the Prophet (hadiths) – the rules that govern themes as varied as the tax system, public spending, landed property, natural resources and workers’ salaries.

Sukuk: Sukuk commonly refers to the Islamic equivalent of bonds. As opposed to conventional bonds, sukuk grants the investor a share of an asset, along with the commensurate cash flows and risk. Sukuk securities adhere to Sharia principles, which prohibit the payment of interest.

Zakat: The double taxation system incorporated within Islamic finance (zakat) has a direct influence on its actors’ positioning compared to traditional banking institutions, affecting strategy as well as creating an opportunity to differentiate.

Takaful: Takaful is the equivalent of insurance in Islamic finance. It is the practice whereby individuals jointly guarantee themselves against loss or damage. It refers to a cooperative system of repayment in case of loss, paid to companies concerned about hazards. In this system, partners agree to donate regular financial contributions into a joint fund, managed by a takaful operator, from which they are compensated as and when the need arises.

While few countries have imposed the Islamic finance model, many encourage its growth as a preferred mode of banking

Such rapid growth is not without its challenges, notably:

Even as Islamic finance continues to mature and expand into new areas, such as micro-credit and insurance (takaful), it is still poorly understood by Western businesses. This creates a weakness, as organisations looking to reach out to the Middle East, Africa and Far Eastern countries, such as Malaysia and Indonesia, are increasingly likely to come across organisations for whom it has a place – customers, partners, suppliers, and governmental and non-governmental organisations.

Western businesses have little grasp of the underlying tenets, nor the ramifications – notably that the spirit of partnership is likely to pervade more than just the financial aspects of business relationships. This not only risks causing difficulties to existing transactions, but it also means that the opportunity to build new, innovative products and services may be missed, in what remains a relatively young market.

Organisations that fail to understand these changing dynamics may find themselves missing out on new business potential, even as they fight a rearguard action to protect traditional business areas.

Thanks to Dr Ghassen Bouslama (Professor of Finance, NEOMA Business School), Mr Youssef Baghdadi (Chairman, Dar Assafaa – the first Moroccan alternative finance company), Mr Saad Hamoumi (President of the SME Commission at the General Confederation of Moroccan Enterprises [CGEM], which lobbies for the interests of the private sector in Morocco), Jon Collins from Inter Orbis, Alison Benson from the BearingPoint Institute, Philip Harding and the team at Grist. 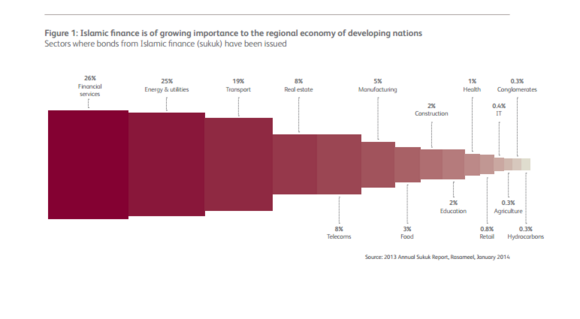